In this opinion piece for the New Civil Engineer, Imagine Engineering director Nick Francis unpicks what the future may hold for engineering consultancy, identifying the three characteristics required for survival.

Imagine Engineering director Nick Francis explores this thorny issue in a paper for the Institution of Civil Engineers, exploring the moral basis for the profession.

Imagine Engineering director Nick Francis has been working with the Institution of Structural Engineers to develop and deliver design change management training for Laing O’Rourke. The training starts with the unlikely question “how do design changes make you feel?”.

During the training we draw on David Rock’s brilliant SCARF model to understand how emotional triggers can inhibit innovation, collaboration and sound decision making. This appreciation of human behaviours can directly improve the management of design changes during construction projects.

Follow the link to find out more about the SCARF model: https://www.mindtools.com/pages/article/SCARF.htm

On Thursday 24th June, Imagine Engineering are teaming up with Constructivist to run a crisis leadership masterclass, specifically tailored to the needs of construction professionals navigating the COVID 19 crisis.

This training session draws on Imagine Engineering’s extensive experience of military crisis leadership, combined with key industry insight from our work developing high-functioning project teams. The training was originally developed at the request of healthcare professionals responding to the COVID 19 outbreak, but is now being made available to the wider construction sector.

Book here at a special introductory rate of just £20

The workshops will draw on Clauswitz’ principles of war to identify the ten enduring characteristics of effective crisis management. Interactive group sessions will then enable participants to benchmark their current performance, in order to identify which of the characteristics are their key areas for immediate development.

Short lessons, followed by focussed Q&A, will be used to rapidly explain the key crisis leadership tools which will most effectively target the participants’ priorities areas. This interactive approach ensures that participants gain a deep understanding of their current strengths and weaknesses, and then learn targeted practical skills and tools which can have an immediate impact as they navigate the current crisis.

Who is this course for?

This course is ideal for anyone in a leadership role within the built-environment.

What have participants said about this course in the past?

Simple clear and well presented. Break out groups worked really well as in a virtual setting it’s difficult to have a discussion as a big group. The communication bit was like a light coming on and this is supposed to be our bread and butter. I think most of our communication skills involve the initial listening to patients but even this we are poor at doing with colleagues sometimes. The 2nd part of the loop was enlightening.

The tools and 10 points were very thought provoking and affirming good to be apart of it with the others on the call.

Many thanks Nick – it was an excellent session – really helpful in our current crisis.

Worked very well having one person presenting and another facilitating. Made me think about how to make best use of Zoom. Enjoyed the workshop very much.

Human behaviour is like an oil tanker, in that it is very hard to turn round. In normal life our biases ensure that we behave appropriately and make sensible decisions.

However, in a crisis, our biases can inhibit our freedom to act appropriately. Identifying and addressing your biases is therefore a vital skill when responding to a crisis.

For the past two years Imagine Engineering have been researching and developing a new suite of training courses for the Get It Right Initiative, changing the way we work to eliminate error. 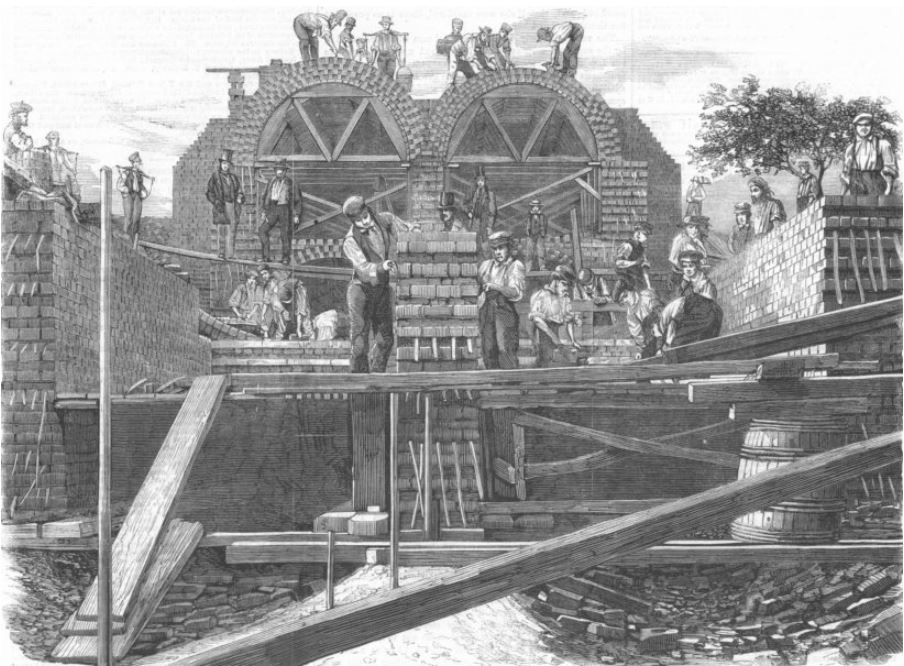 The profession of civil engineering was born from the industrial revolution with the vision of “harnessing the forces of nature for the benefit of mankind”. Before this step-change engineers created castles, stately homes and cathedrals, but afterwards created the infrastructure and utilities to underpin the health, wealth and wellbeing of a nation.

For 200 years we have reaped the extensive benefits of the engineering professions, based on a clear moral framework. However, the urgent issues of habitat loss, resource overconsumption and catastrophic climate change mean that the situation now is completely different to the one in which our moral framework, and therefore our rules of behaviour, were formed.

US psychologist Lawrence Kohlberg identified that ethical behaviour is a cognitive process, based on three levels of moral development: the first and basic level is “preconventional”, this involves doing things for immediate reward or to avoid punishment, and is the level applied by young children and domesticated dogs; the second level is “conventional”, this involves following rules or laws and fitting in with other people, this is the level used by most adults most of the time; the third and highest level is “postconventional”, this requires consideration of long term consequences and is the ethical basis for law and democracy, this level is mentally demanding and few people operate at this level much of the time. The postconventional thinking which forms the moral basis for our profession was forged during the industrial revolution, and all of our laws, contracts, codes of practice, and education reinforce these values.

Step-changes in a moral framework (such as the abolition of slavery) can be identified as events where behaviours are completely normal to one generation, but unthinkable to later generations. History demonstrates that such step-changes typically take decades or centuries to come about, following a pattern of “Know – Feel – Do”. We first need to “Know” the right thing to do, by conducting the difficult postconventional thinking and winning the logical moral argument; we then need to “Feel” the right thing to do, by adopting the new behaviours into law or codes of practice; and finally we need to “Do” the right thing, making the behaviours so normal that they become automatic.

Historically, delays to enacting step-changes in behaviour (i.e. the adoption of postconventional moral reasoning into common practice) have resulted in years of avoidable human suffering: gender equality, gay rights and attitudes to construction safety, being obvious examples. However, the current threats of climate change and habitat loss mean that the requirement for change is uniquely urgent, as delays now will have catastrophic and irreversible consequences. The construction industry, as one of the largest consumers and polluters, is front and centre in the need for urgent change.

Stating that our industry “must think harder” and “must do better” are vague and useless sentiments. Therefore, a more pragmatic approach is to understand the blockers to postconventional levels of moral reasoning, and then identify measures which will enable acceleration of the “Know-Feel-Do” process of change.  Key barriers to postconventional levels of moral reasoning within our industry include:

It is now increasingly obvious that we are at a step-change in the relationship between the built and natural environments. Current levels of resource consumption, pollution and habitat loss, that appear normal to us, will be abhorrent to our grandchildren. We have reaped the benefit of our infrastructure and utilities for two centuries, but as built environment professionals we must, once again, redefine the moral basis for our industry.

The global scale of these problems can feel overwhelming, lulling us into a false but comforting feeling that we are just passengers, impotent to change the course of our industry. However, instead of considering our actions in isolation, we must view our behaviours in the context of nudging our collective moral framework in the right direction.

Through small individual actions, in the stories we tell, the words we use, and the questions we ask, we can create the fertile environment required for change to happen. By slightly altering our behaviours we can unlock our collective ability to engage with postconventional moral reasoning and accelerate the urgent “Know-Feel-Do” process. These simple steps will empower us to transform our industry in a handful of years, rather than decades, and provide vital global leadership in the battle against climate breakdown.

Imagine Engineering founder, Nick Francis, was delighted to work with Polar Media to make a trailer for a new documentary series – The Engineers. The series will showcase the human story of engineering, exploring the impact that the built environment has on our lives. Check out the trailer here:

If you’d like to find out more about this series, and potentially get involved, please get in touch.

Almost 1 billion people around the world don’t have safe access to critical resources due to an impassable river. The construction of a simple footbridge can completely transform lives by providing a community with year-round access to key resources like healthcare, education, markets and employment.

Here at Imagine Engineering we are delighted work with Bridges to Prosperity to help address this problem.

In a landmark development, Bridges to Prosperity have now partnered with the Rwanda Ministry of Infrastructure and Ministry of Finance and Economic Planning, to construct 350 footbridges across Rwanda, linking every rural Rwandan with the services and resources they need to thrive. Over the next five years, Bridges to Prosperity, in partnership with the Government of Rwanda and local communities, will construct connection for the entire country, providing safe access for more than 1 million rural Rwandese.

Building these new bridges requires a huge scale up in the number of locally employed foremen and site engineers. Imagine Engineering have been providing pro bono support to the team in Rwanda, helping develop innovative training schemes to rapidly educate the new cohort of bridge builders.

If you would like to know more about the power of connection campaign, or see how your company can participate in construction as an industry partner, then please get in touch.

Imagine Engineering is delighted to be a signatory of Structural Engineers Declare .

Buildings and construction account for nearly 40% of energy-related carbon dioxide (CO2) emissions whilst also having a significant impact on our natural habitats. By becoming a signatory of Structural Engineers Declare we hope to become part of the solution, building a supportive community of professionals to change our current path towards catastrophic climate breakdown and habitat loss.